How to solve the Build a Max Heap Problem

HEAPSTREES
Written By
Tom Wagner
Tom has four years of experience developing software professionally, including experience at both Amazon and Pinterest. He is experienced both as an interviewer, conducting interviews on behalf of the companies he's worked for, and interviewee, as he has landed software engineering offers from Google, Twitter, Stripe, Airtable and Doordash during previous job searches.
Christopher Ang
Chris is a software developer with 7+ years of experience on both frontend and backend. He has recently completed a Masters in Analytics at Georgia Tech.

The Build Max Heap problem involves constructing a max heap from an array of integers. A max heap is a type of binary tree stored in an array that is organized such that the maximum value is always at the root of the tree. The solution to this problem must be able to rearrange the elements of the input array into a new array representing a max heap. 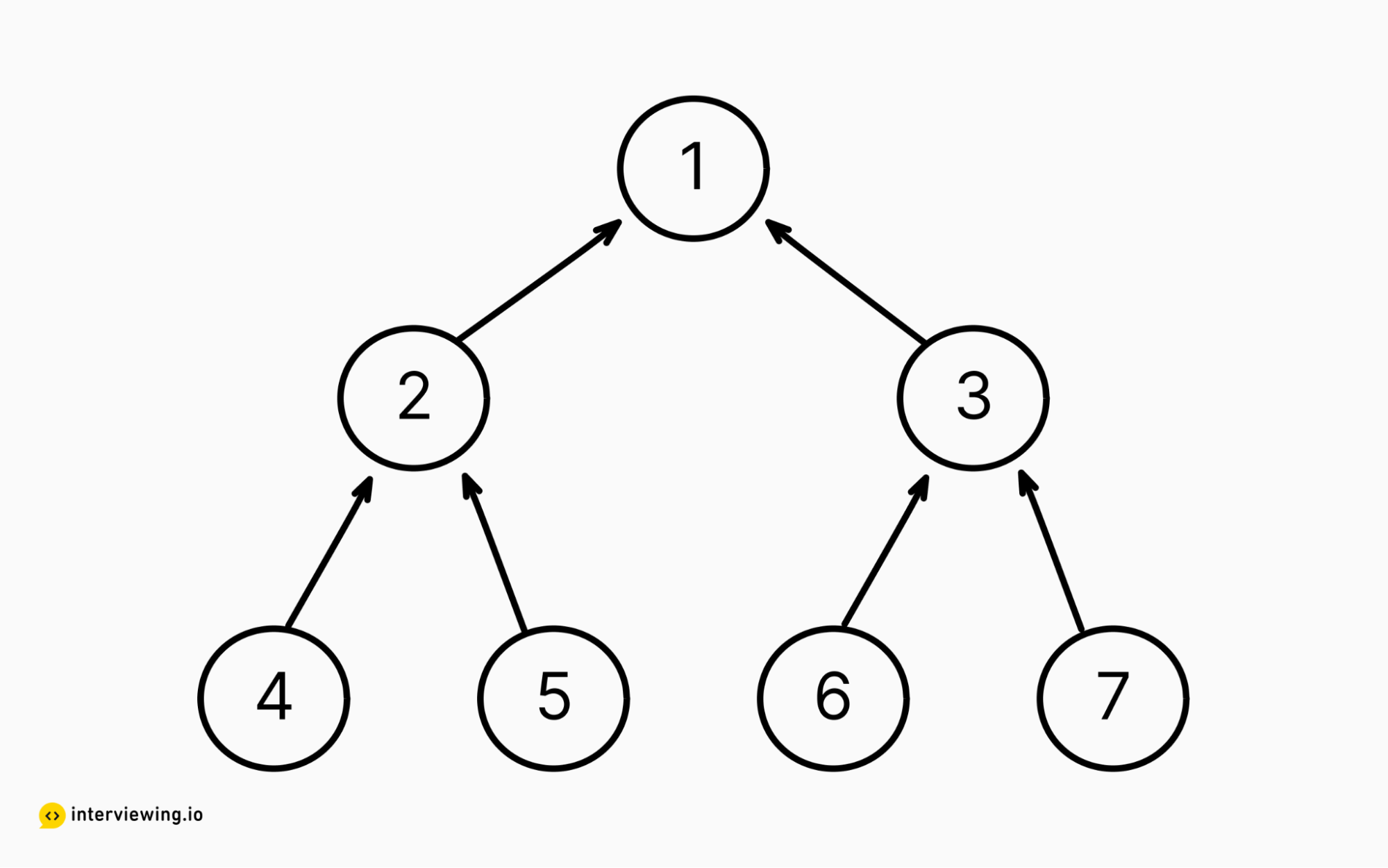 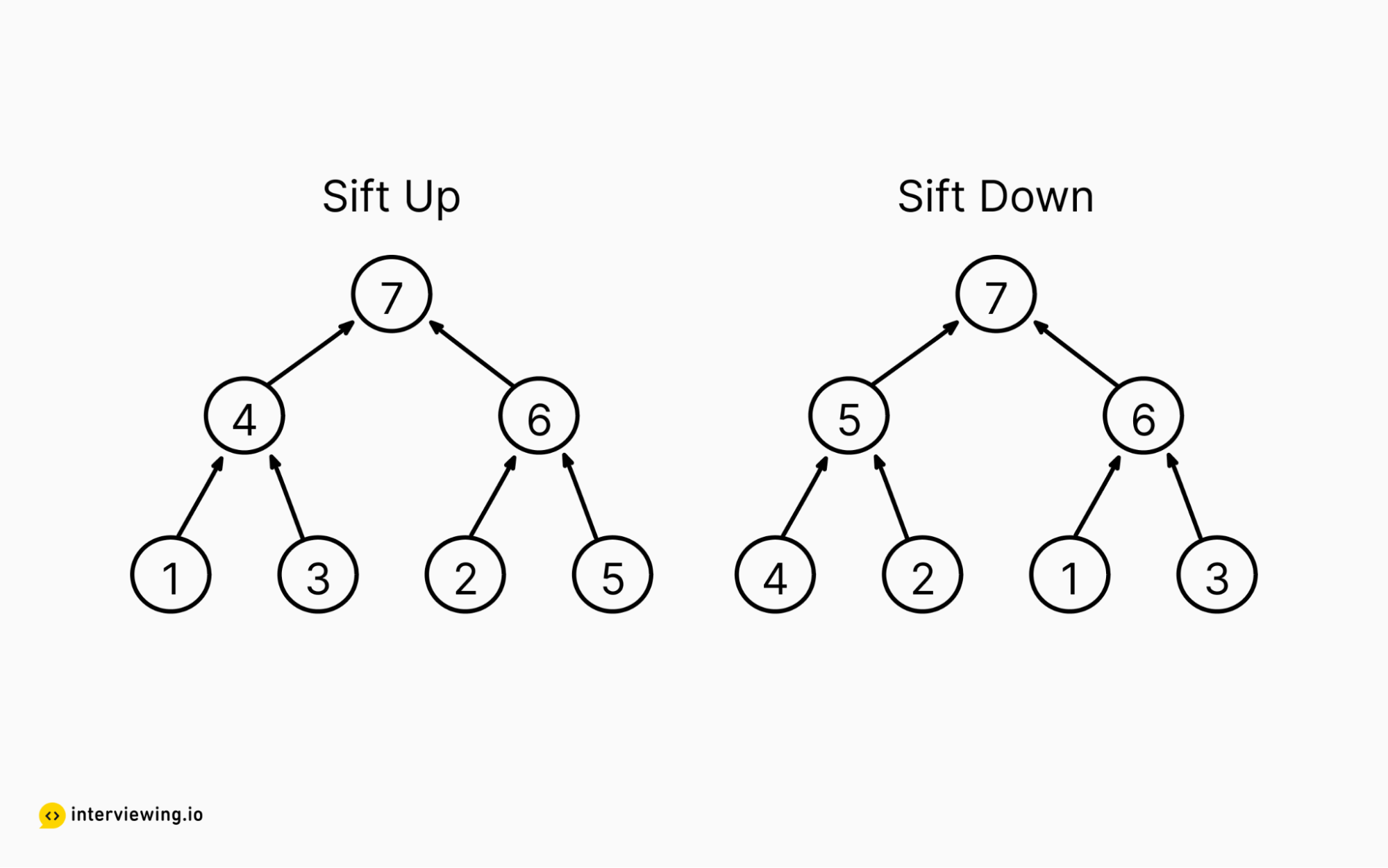 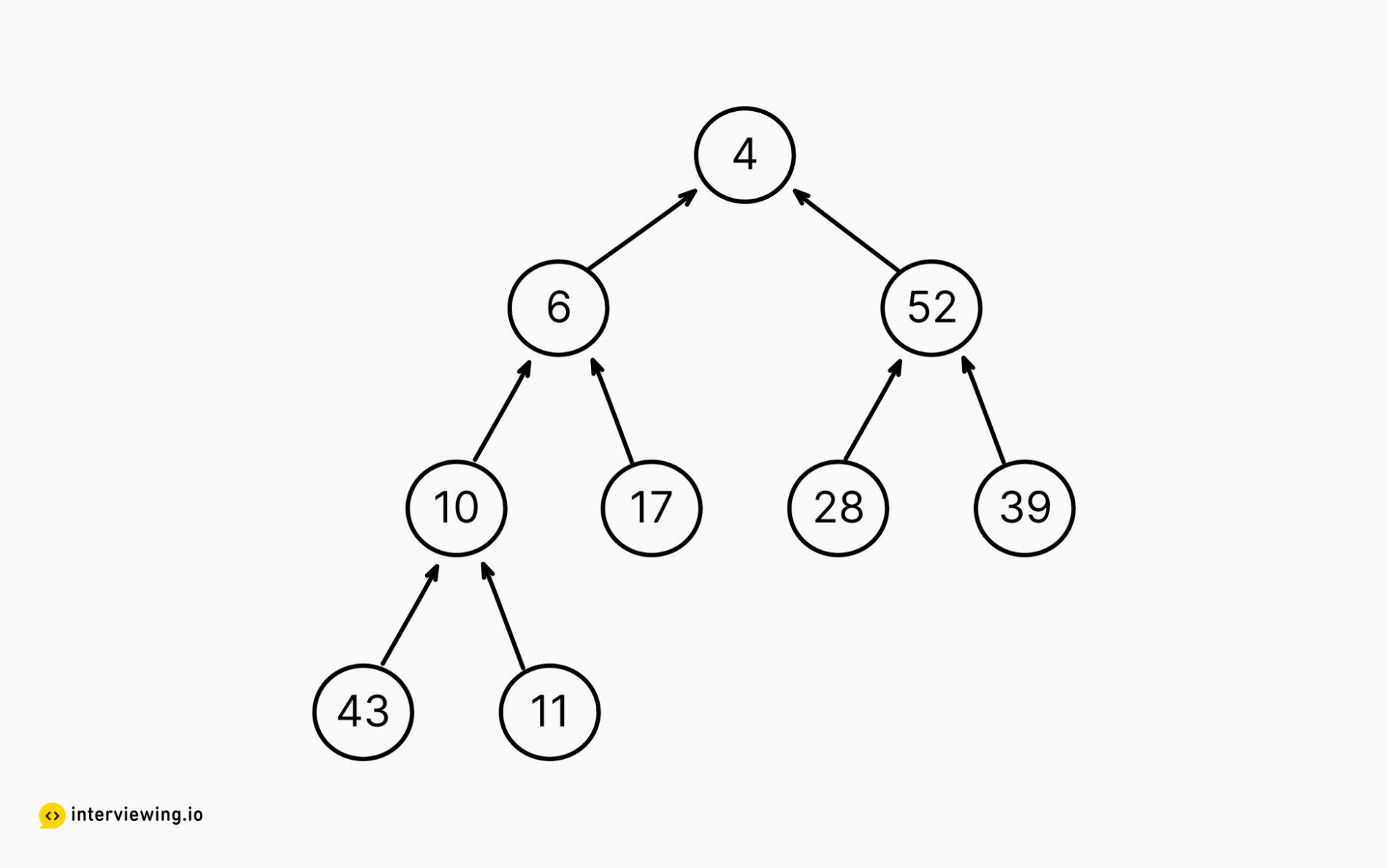 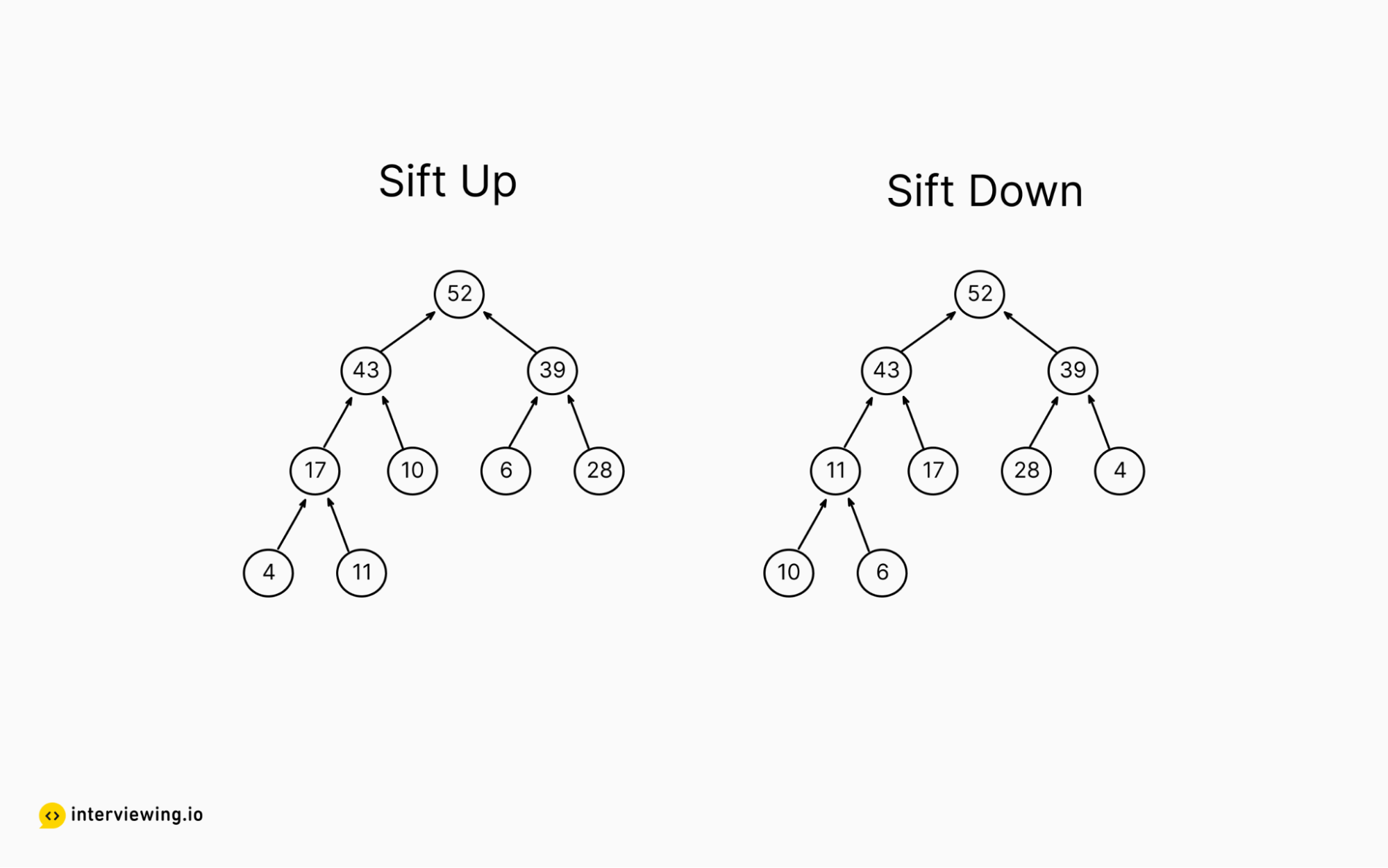 Max (or min) heaps are complete binary trees which satisfy the heap property, meaning each node is at least as large (or small) as each of its children. Max heaps can be encoded in arrays, where: 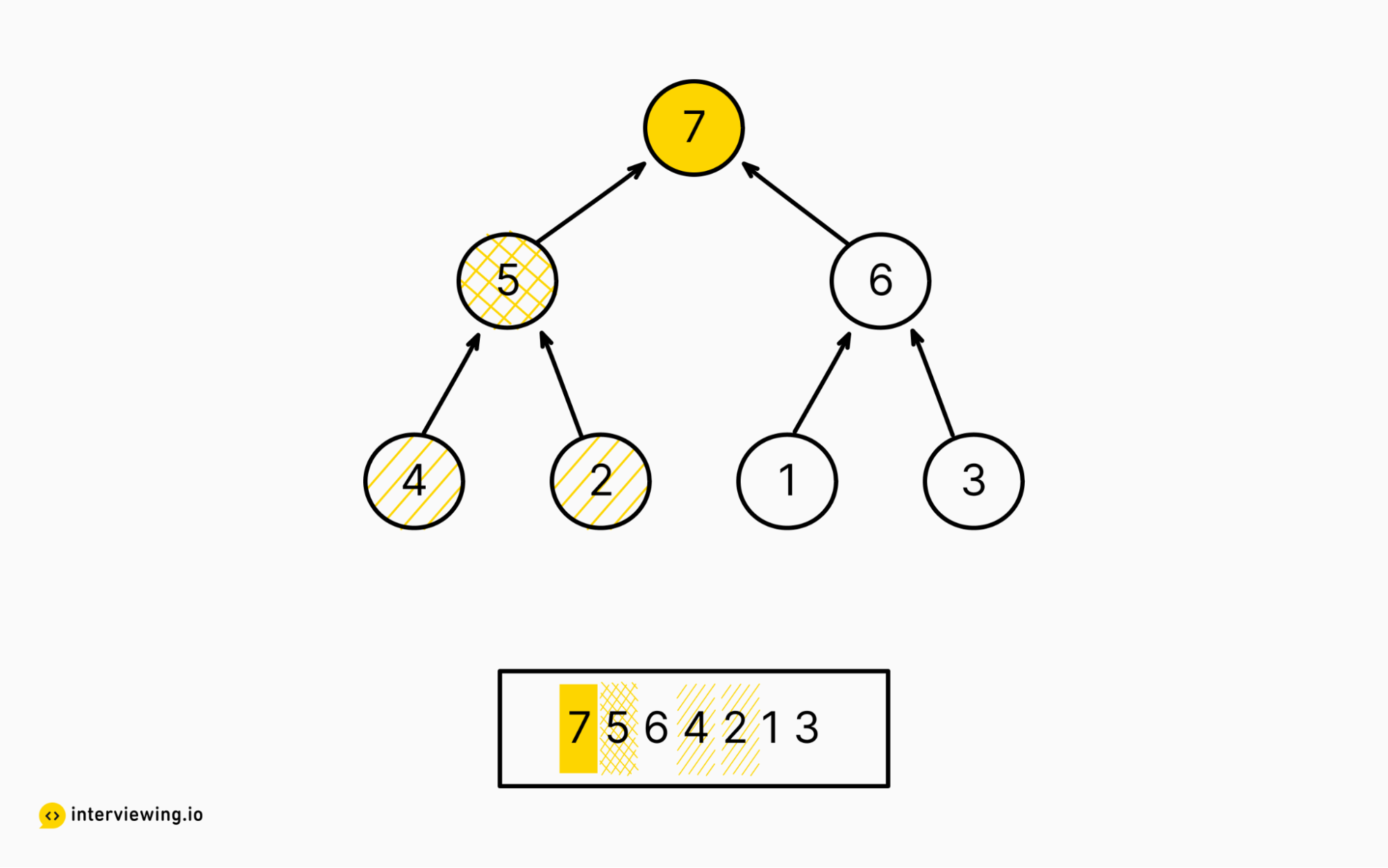 Given an arbitrary array, it is possible to reorder the elements such that they satisfy the above properties.

Note: Given a collection of integers, there may be many valid orderings that satisfy the min- or max-heap property, which will depend on the algorithm used to “heapify” the array.

To solve this problem using the “sift up” approach, we can use algebra to modify the equation we use to find a node’s children. Consider the following equation and note how it can be adjusted to solve for the parent node’s index:

Note we now have two separate equations to find the parent index. Specifically, if we use the formula for child one on a node which is the second child, we will end up with a value that is 0.5 larger than the actual parent index. So we need to find one equation that will work in all circumstances, and to accomplish this we can modify our parent_idx equation slightly by using Math.floor(): 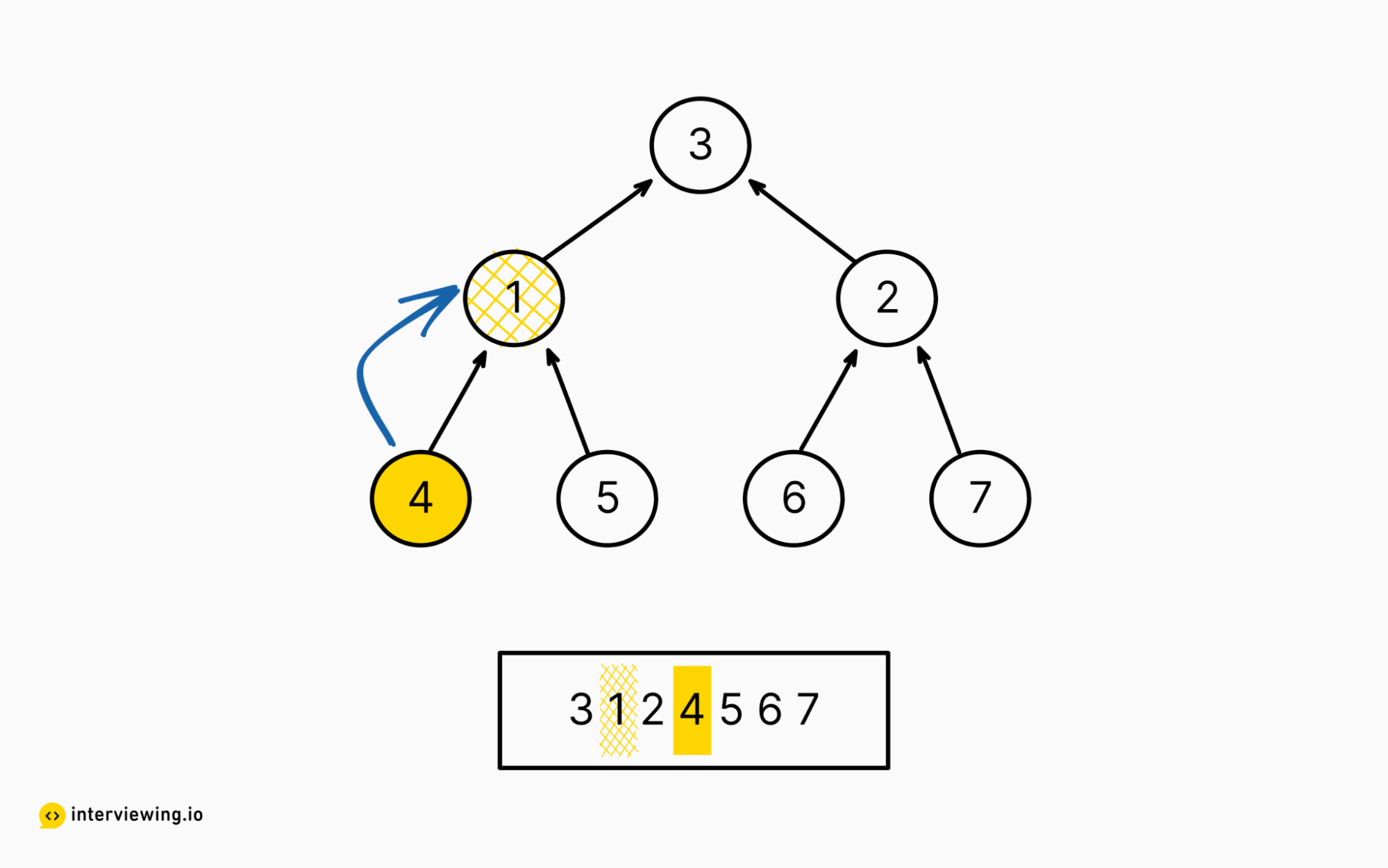 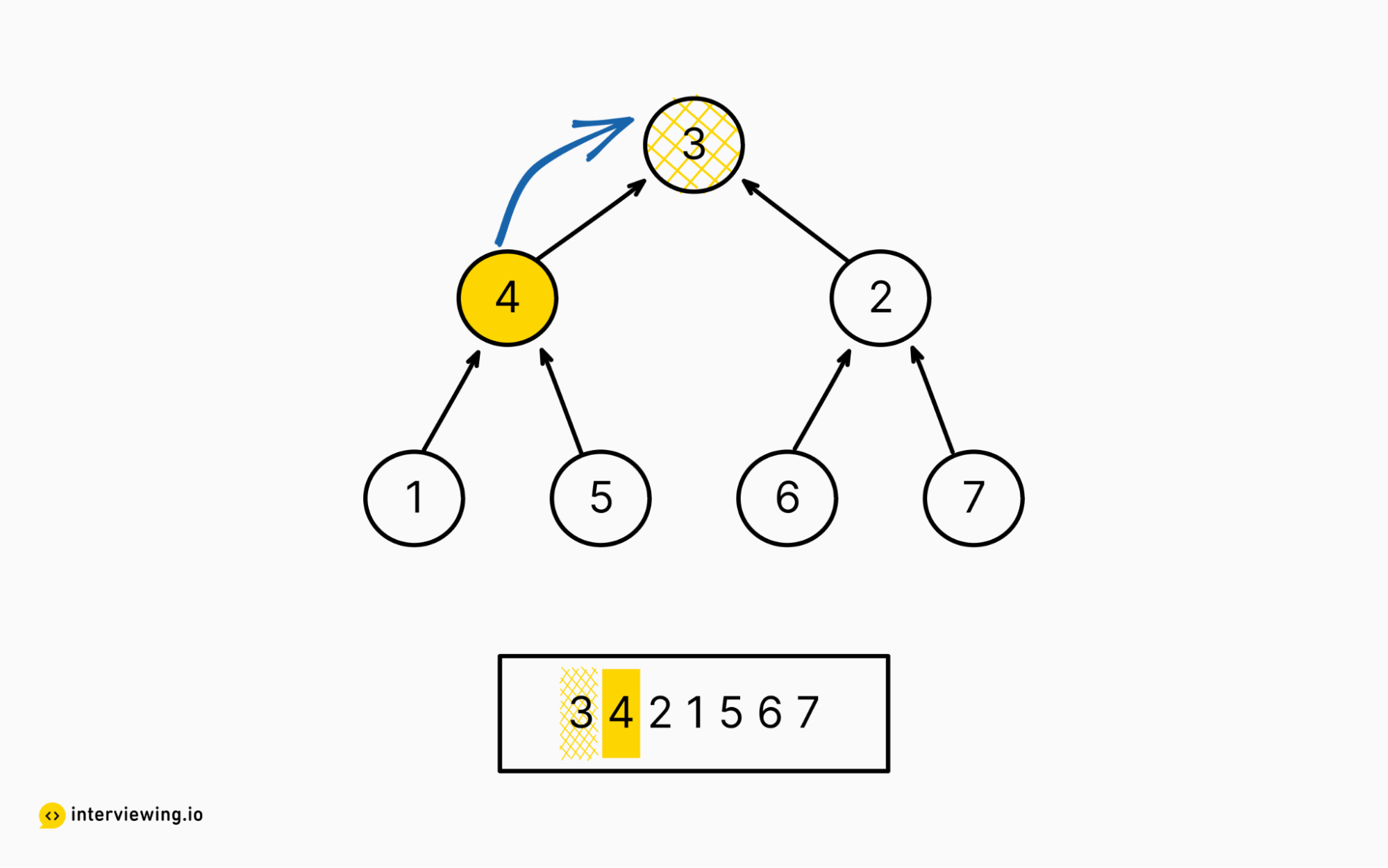 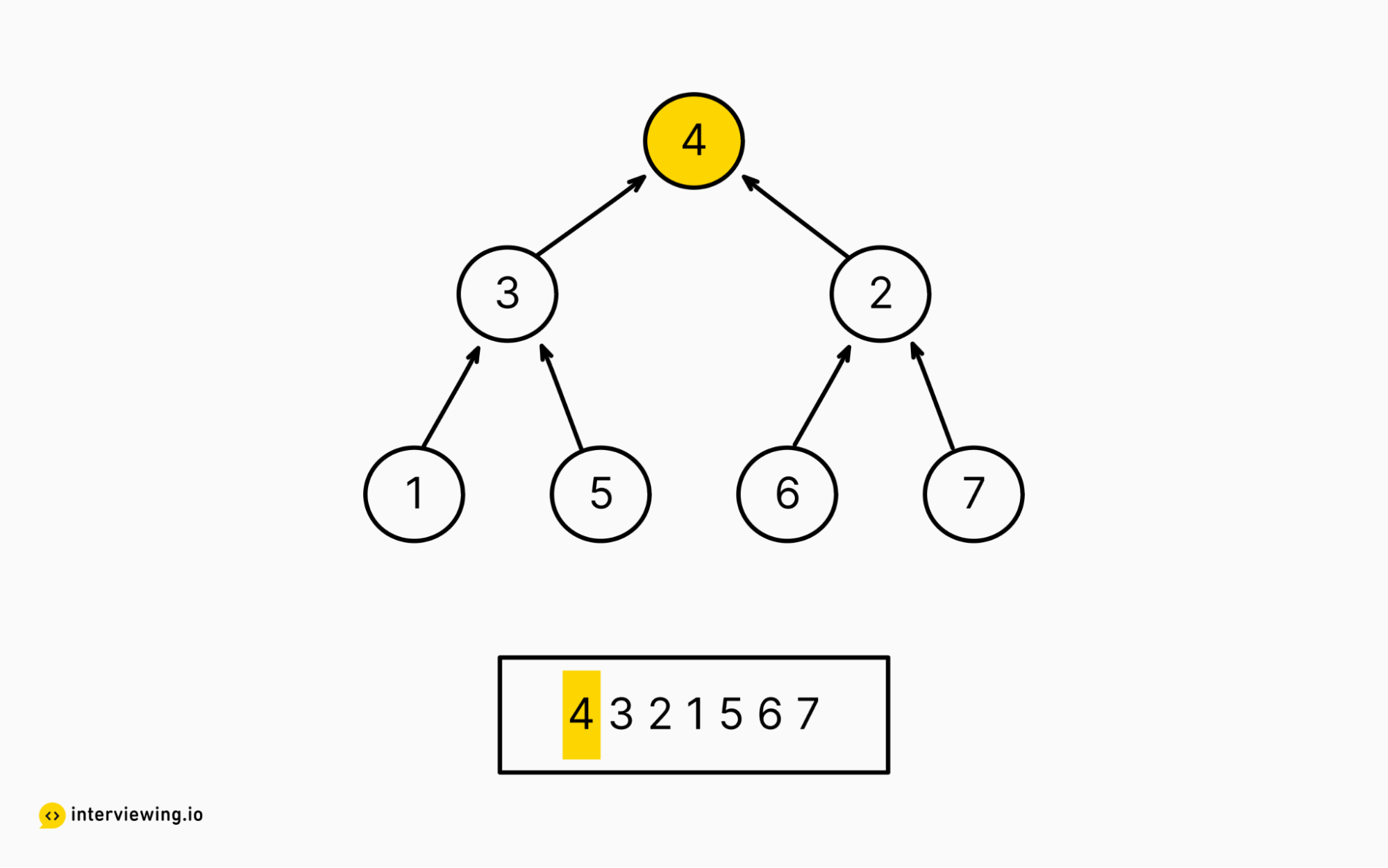 To build the heap via sifting up involves starting at the beginning of the tree (head of the array), and iteratively sifting up each node. As the algorithm proceeds, nodes to the left of the current index will form a max heap, until finally all nodes have been sifted up.

Conversely, we can also “heapify” an array by shifting smaller nodes down the tree. 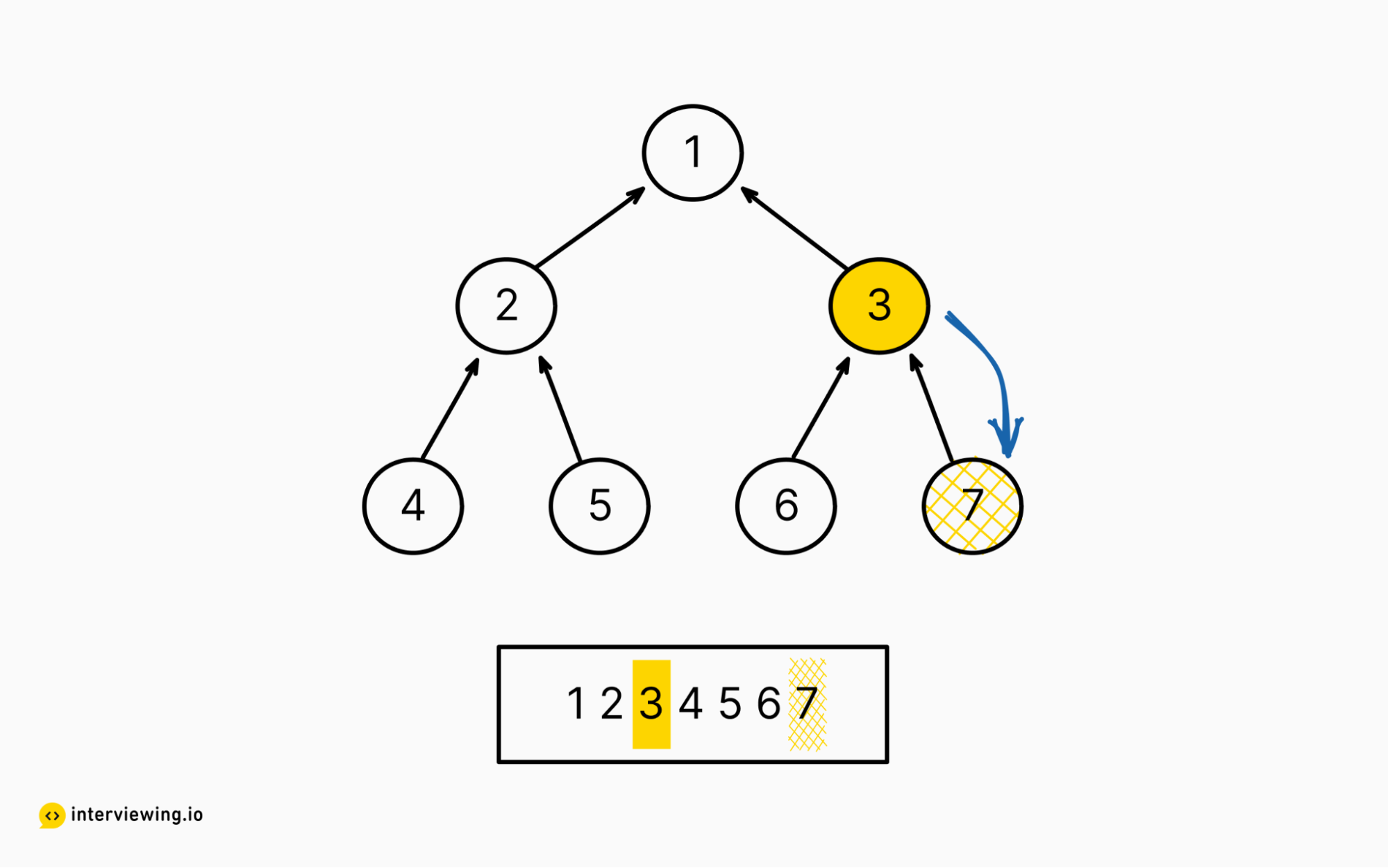 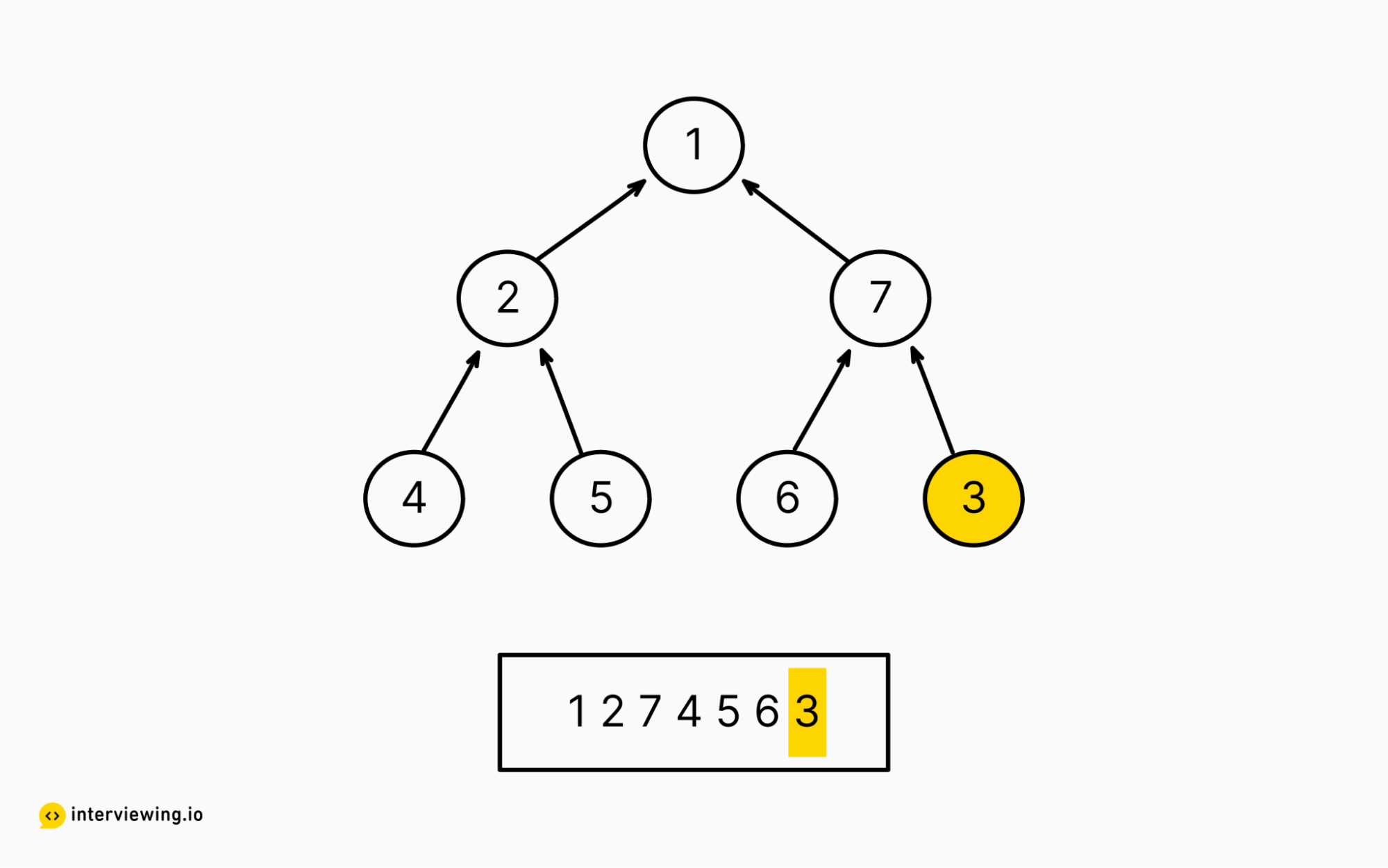 To build the heap via sifting down we start at the end and iteratively sifting down each node with the larger of its two children assuming at least one of them is bigger than the node itself. As the algorithm proceeds, nodes to the right of the current index will form max heaps.

Note this approach can also be applied to min heaps by sifting down nodes with children that are smaller than itself.

To see why the time complexity differs between these two approaches, see this stack overflow post: https://stackoverflow.com/a/18742428

Given n non-negative integers, find two lines that form a container that can hold the most amount of water.